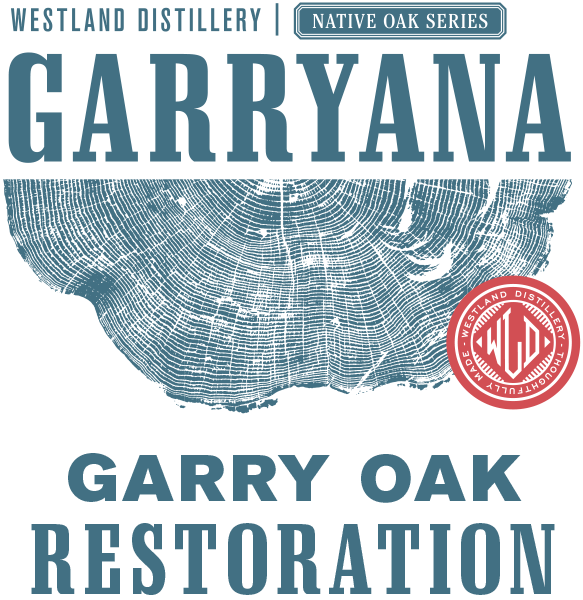 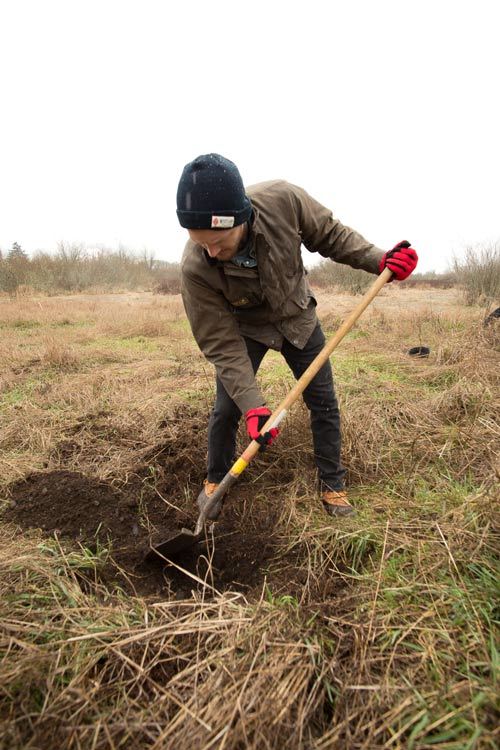 Our goal was to plant the first three acres of what will eventually be a ten-acre nature preserve. 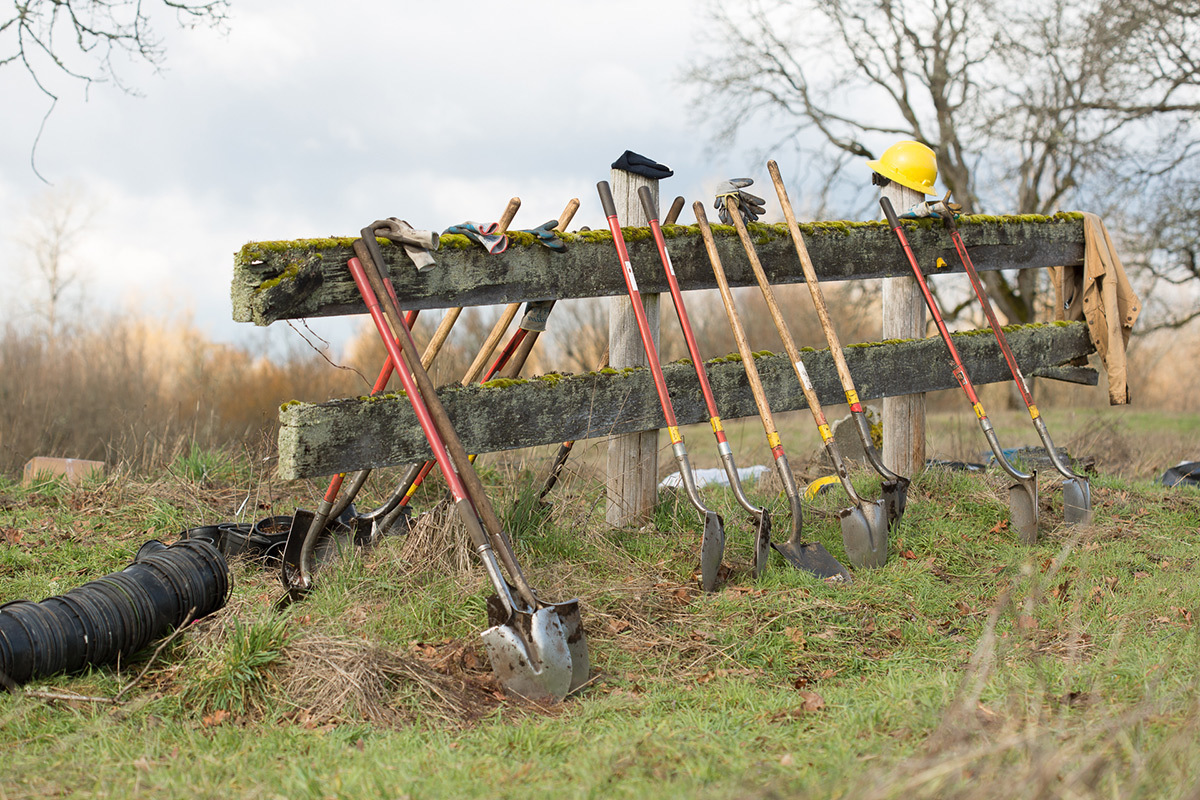 The forecast called for snow, and Mother Nature made good on that promise as we headed to a Garry Oak savanna just outside Tacoma, Washington. We were there to help plant over 260 tree saplings with our friends and partners at Forterra, an organization dedicated to protecting and conserving land. While pursuing that mission, they build, create and foster communities around that land so that locals who live nearby are more connected to it. Our goal that day was to plant the first three acres of what will eventually be a ten-acre nature preserve. We wanted to do some good, sure—to do our part in restoring Garry Oak habitat to something resembling its former state. But the trip was also an opportunity for our team at Westland to learn even more about this unique species of native oak and understand all the ways it can impact the character of the whiskey we make with it. 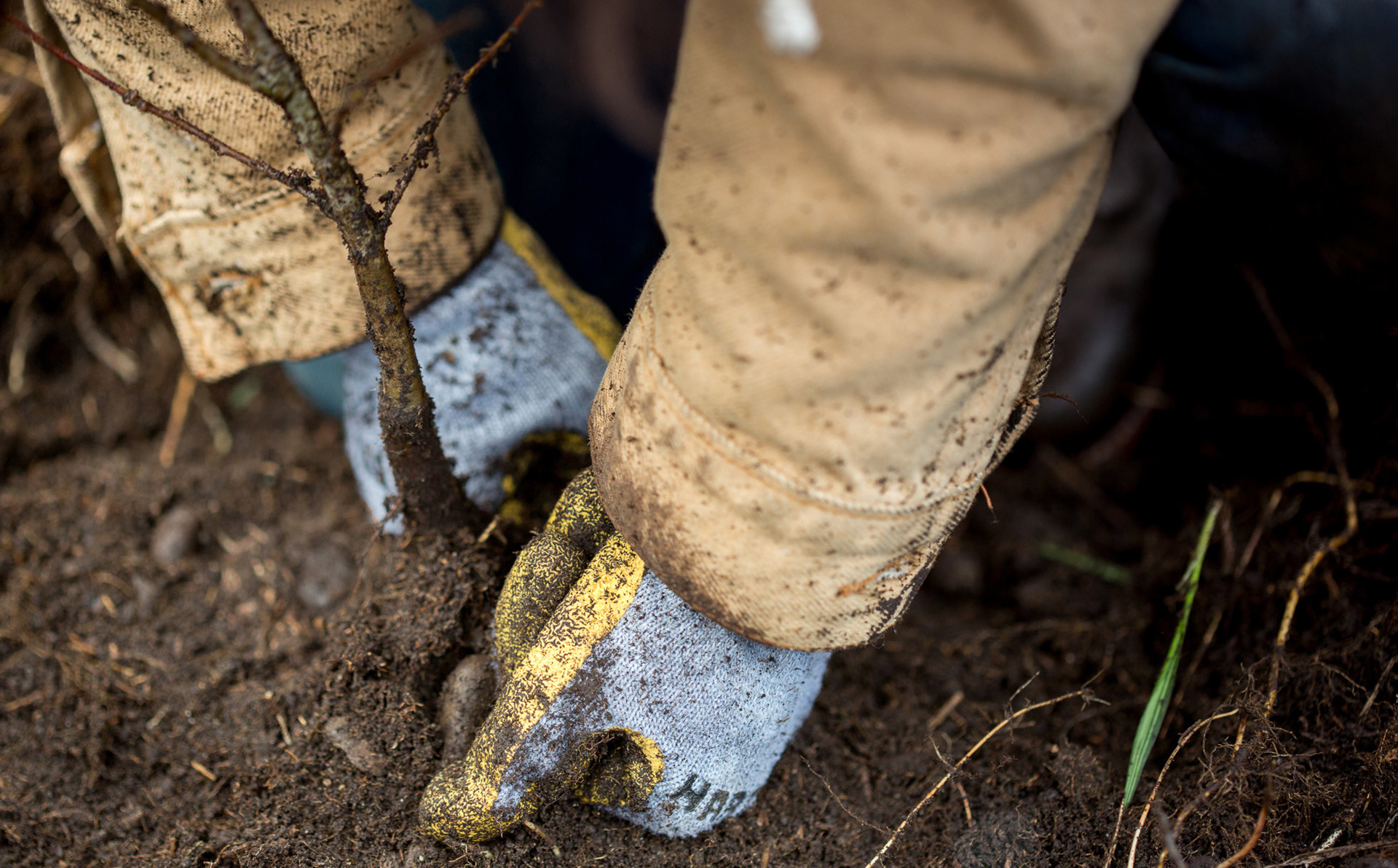 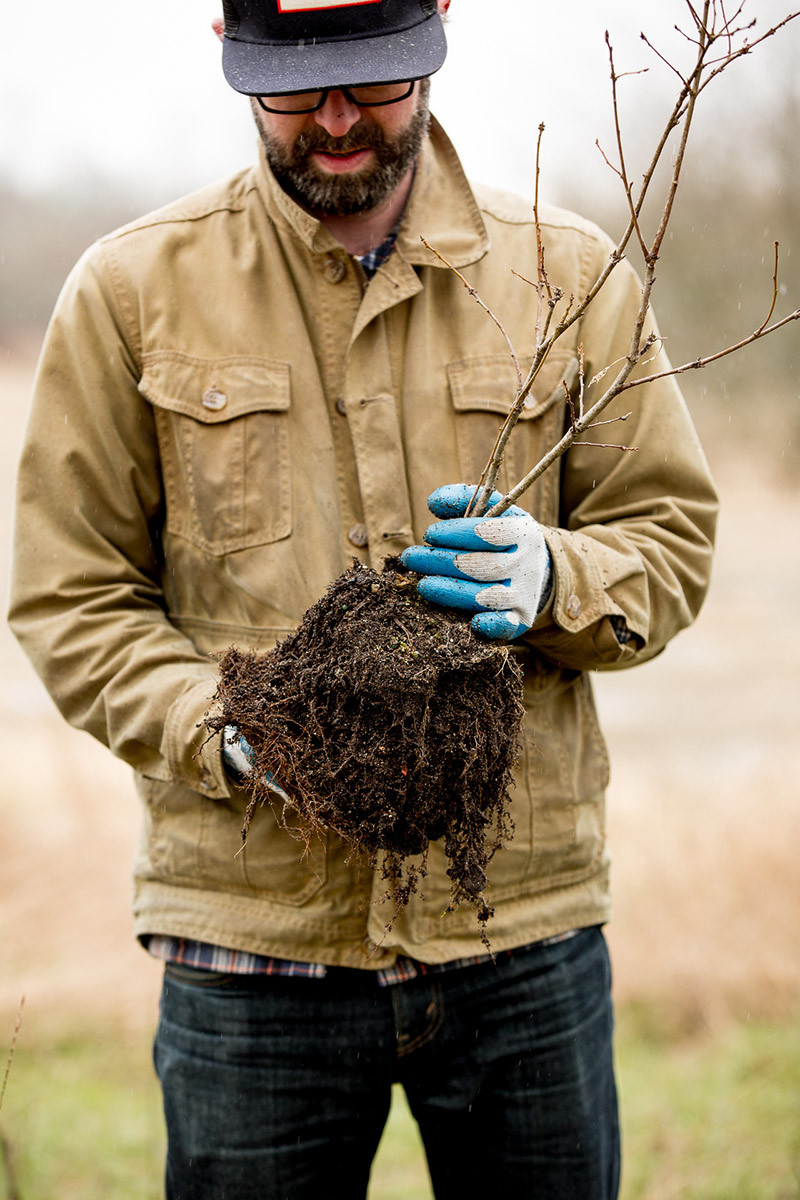 The efforts made that day would by no means reach the endgame. On the contrary; this was just the very beginning of what needs to be done to save this species. If Garry Oak is only at 5% of its former habitat, what is it that we’re missing out on? The answer is a long one—one that will take years to understand fully, if we ever do at all. But every worthwhile endeavor must have a starting point. Armed with hundreds of saplings, perhaps two feet tall including the roots, we set to work. In my opinion, there’s nothing like going out there and getting your hands dirty to really learn about something. And boy did that ever ring true, literally in this case, as the sound of our shovels hitting gravel beneath the topsoil confirmed. Right then and there we learned that Garry Oak can thrive in the more well-drained soils that gravel provides, one of the few advantages it has over the ever-present fir trees here in the Pacific Northwest.

Garry Oak savannas look so different from the other landscapes here in the region. Washington State is known as the Evergreen State, full of Douglas Fir and other coniferous trees. Really the whole Pacific Northwest conjures this image. But when you begin to piece together the history of the landscape, you see a very different picture and begin to understand how people actually lived here before American settlers came through.

Native Americans have been here since the retreat of the Cordilleran Ice Lobe, a part of the massive ice sheet that covered a significant portion of the northern hemisphere during the last ice age, up to some ten thousand years ago. We’ll never know the full history of Garry Oak, but we can say with some certainty that throughout its range, including here in the Puget Sound region, Native Americans were carefully maintaining the woodlands composed of this species of oak. By taking advantage of wildfires, and by starting controlled burns of their own, these people would clear out any competitors to the naturally fire-resistant oaks. The remaining landscape would be nearly unrecognizable to most of today’s residents: a flat, grassy landscape filled not with the now-omnipresent fir trees, but with beautiful, open stands of oak. This landscape was maintained as a food-bearing ecosystem, all centered around the Garry Oak trees. The oaks would drop thousands of acorns each year which would, along with fresh grasses, provide a source of food directly to people. But more importantly, they would serve as a very attractive source of sustenance to the deer and elk that roamed the region. In turn, these animals would serve as an important resource to the hunters who stalked this landscape. The grasses and other low vegetation, such as blue camas, chocolate lily, and fern were valuable in their own way, each contributing something to the food ecosystem. An incredibly unique cuisine also developed here, one that is now at risk of becoming lost to time.

As the rocks in the soil eventually yielded to our shovels, and the snow gave way to some beautiful sunshine, we were struck by how this essential piece of the Pacific Northwest has been lost to most of us. This is as much a part of the land that we live in as the inescapable fir trees and the abundance of waters around us. To admit that in fact we still know very little about the nuances of our home was the first step in our journey towards better understanding—a study of reflection about our home that will never really end.

We’re lucky. Lucky that there are people and groups that now exist who care about this as much as we do ourselves, more so in fact. Working with the folks at Forterra has been an absolute delight. The group of volunteers they assembled that day showed us a genuine love of the land that was so tangible it inspired us to push further. To them we say, thank you. Thank you for walking this path with us.

The first step is the hardest, to throw ourselves into an exciting unknown. But in the unknown we see possibility. We see potential not just for an incredibly delicious whiskey made with our native species of oak, but also a new kind of whiskey-making that doesn’t just begin and end on the production floor. This process renews our sense of wonder in whiskey and reminds us that what goes into our products are not just commodity ingredients—they are a distinct part of the fabric of the Pacific Northwest, a fabric we’re compelled and thrilled to explore. Garry Oak is a slow-growing tree. It will take these saplings hundreds of years to reach maturity. But while we ourselves won’t been using the wood to make whiskey, everything we learned, with our hands and our minds, absolutely contributes to character of what we’re making today.